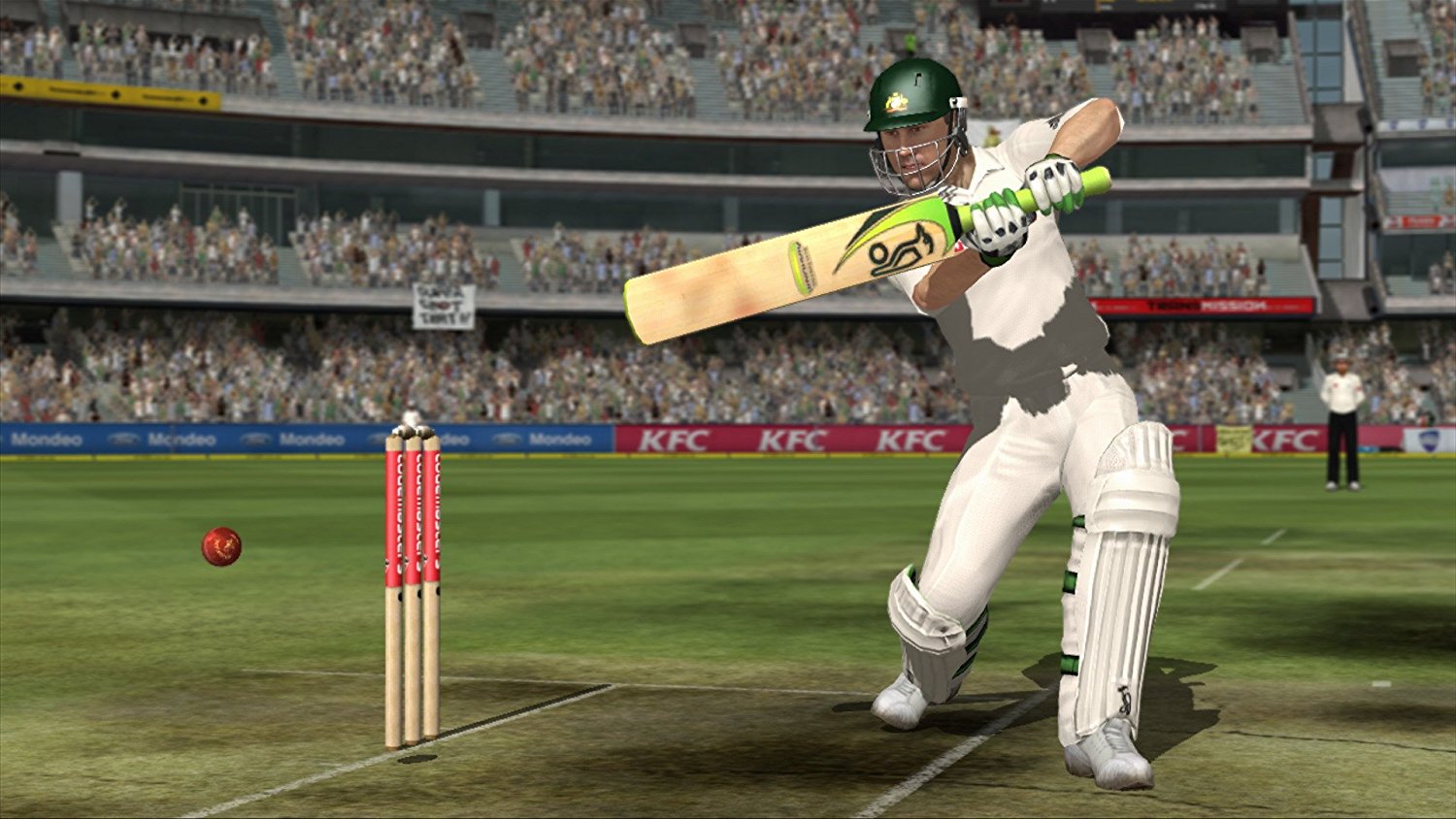 There may be a lot of games out there in the Google play store, but a few of them provides the best real cricket gaming experience. The games we are going to discuss are the best in class as they provide good 3d players, high-quality graphics, commentary, free downloading, and more exciting features.

Below, you are going to find out all best cricket games that you can download and install on your android smartphones, tablets, and on other Android devices. So, without waiting more, let’s jump into the list of best cricket games for android phones.

The newest kid on the block is the Epic Cricket. Just launched last month, it gained a huge popularity and over 1 million of downloads and still going strong. It is an advanced game with good controls and graphics which attracts a lot of gamers in the modern era. and the amazing this is this you can enjoy this cricket game for android with commentary. 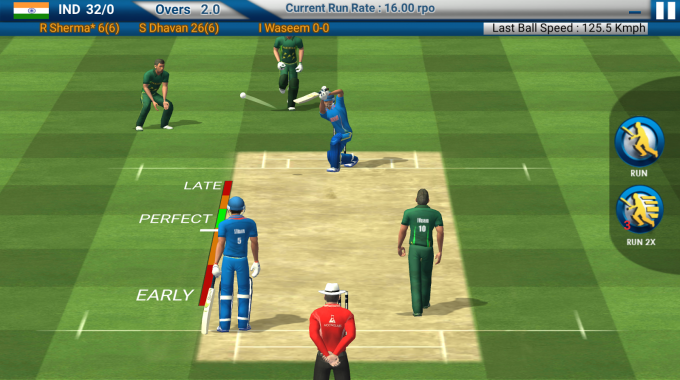 Sachin saga Cricket Champions is designed to put the user into Sachin’s shoes and live the cricketing adventure of the god himself. You can build your own team of over 100 international players and compete in the different arena. You can enjoy this cricket game just like enjoying live cricket matches. 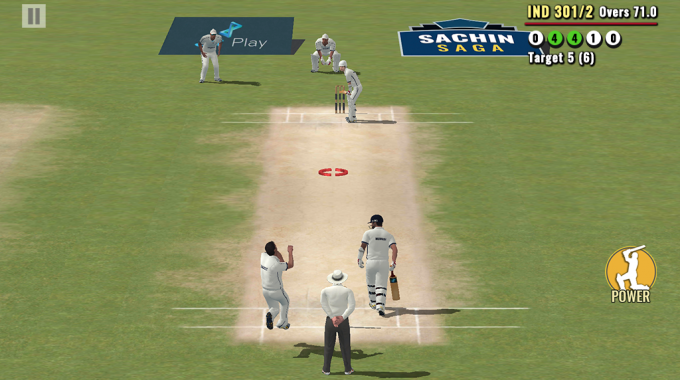 World Cricket championship 2 is the updated version of the most popular World Cricket Championship. It is the winner of a lot of gaming awards and has been popular among most of the cricket games out there. It has rich quality graphics and very good gameplay with good controls and many more features. 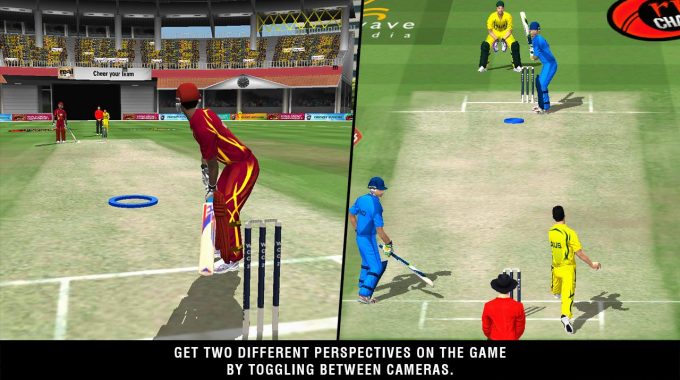 The famous Australian Big Bash T20 Cricket is in your hands now. It is one of the best cricket games ever in the Android today. You can play all day long without getting bored. It has beautiful graphics with loads of features on offer. 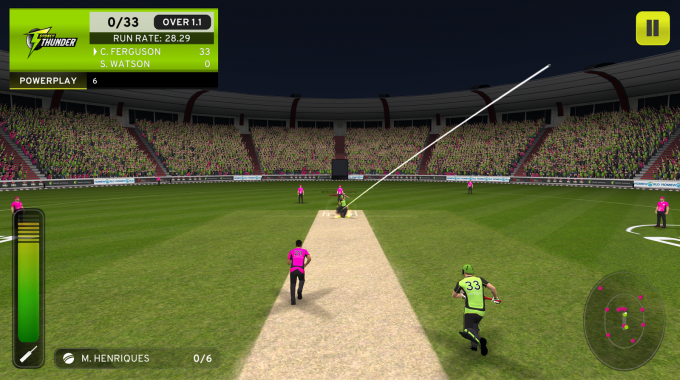 MS Dhoni cricket game is depicted from the Bollywood movie goes by the same name. You will play as Sushant Singh Rajput acting as MS Dhoni in the game. It is a nice game with good graphics and nice skills to learn the mechanics. 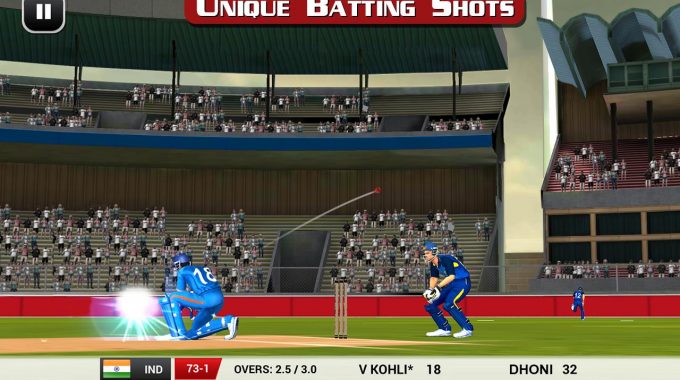 Real cricket 17 is the most authentic, surreal and the complete cricket game ever on android platform. It provides with every format of the game to choose from and play accordingly. It also offers the difficulty level a gamer can choose to have fun and show his skills. 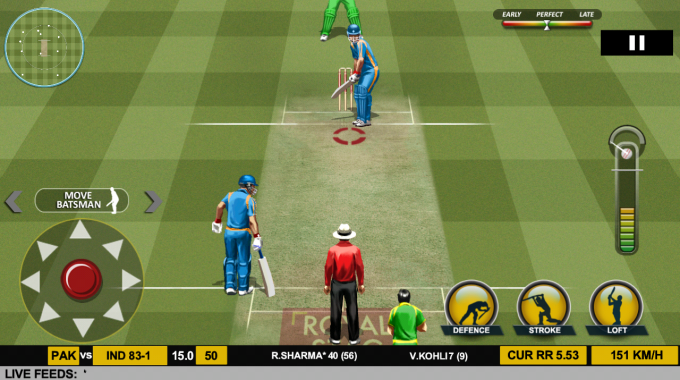 ICC Pro Cricket 2015 is a very good game which offers about 200 international payers globally. This game has been specially designed for the Android users of version 4.2 and above. It is one of the most detailed and realistic cricket simulation game ever. 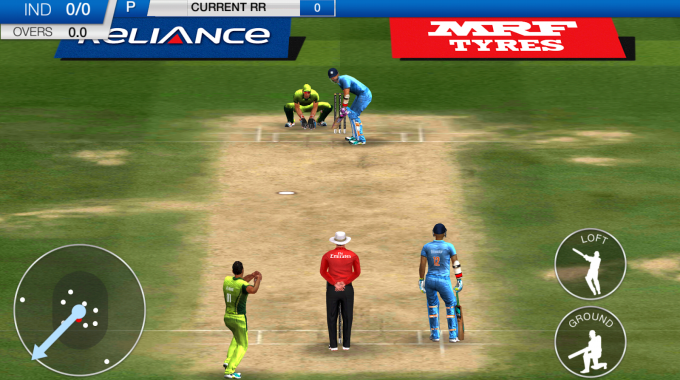 The same developers of Real Cricket 17 too developed this game for giving its users a real gaming experience capturing each drop of the Indian Premier League 2017. The game has good graphics and controls with user downloads of over 1 million. 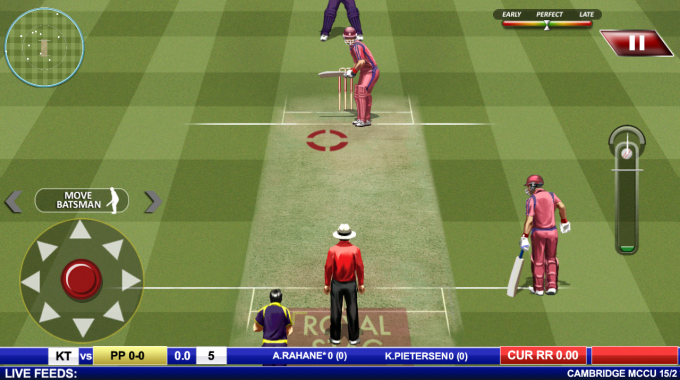 One of the best android cricket game that you can download right now is Cricket Megastar. The story of the game is about a rookie batsman trying to make it big in the professional arena. You can create your own player and play the different levels of the game and become the ultimate Cricket Megastar. 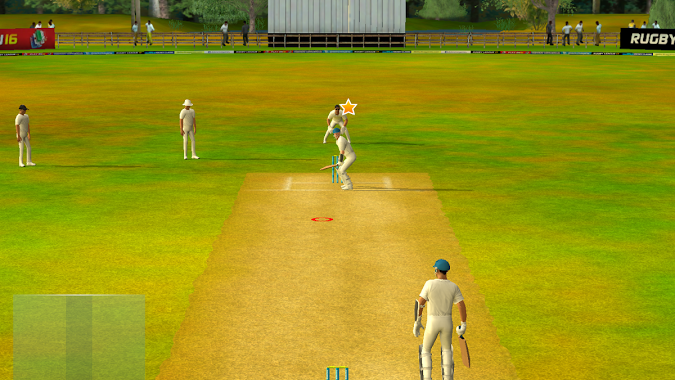 Cricket career 2016 is the complete 3d cricket game on the Android platform. It has massive downloads of over 4 million and still counting with a good overall rating. It is 3d simulation game with a variety of cricketing shots. 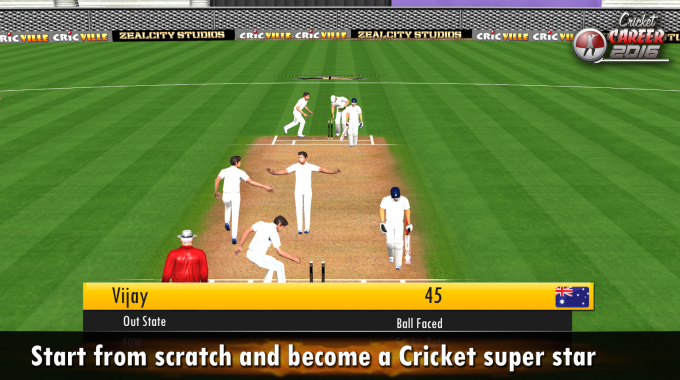 RCB Star Cricket is a very interesting game. It depicts the IPL matches being played by RCB throughout these years. You will be able to control the different players of the team and try to win and become the top. 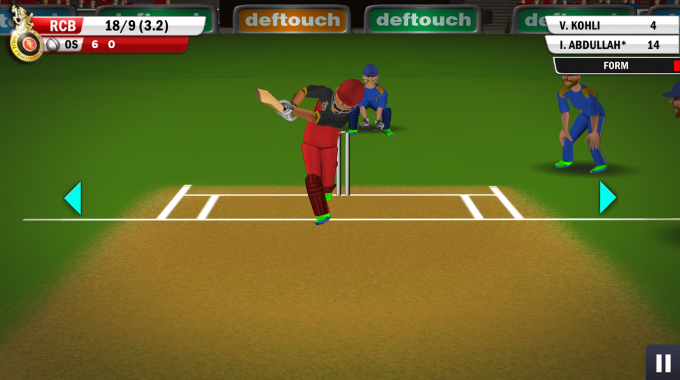 You can play this game with your favorite Gujarat Lions team and win the tournament. This game has become a huge success with over 1 million downloads. Lots of gaming modes are included to keep yourself entertained. 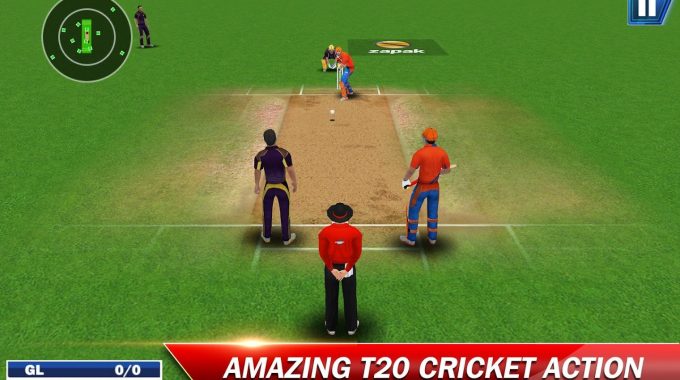 T20 Cricket champions is a game build on the T20 format. You can play with your favorite team and participate in the world cup scenario and win the tournament and become the best. It has two modes of gameplay-quick match and tournament mode. 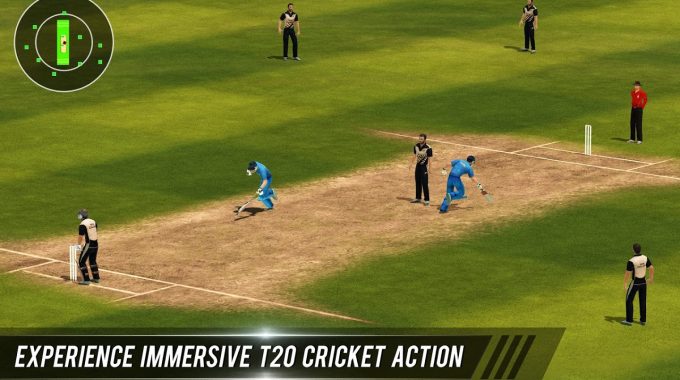 This game gives you the taste of a fantastic open world experience, playing on the beach. This game is made to adopt any surrounding. You will feel the taste of sun, sand and the sea. It is a very popular cricket game among the Android users for a long time. 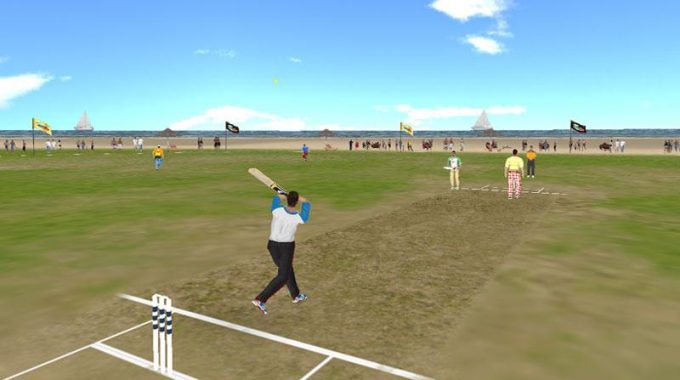 Stick Cricket is the most popular cricket game in the world with over 1 million users. You can customize each and every player and build your own team and participate in different tournaments and win them. You can track your own stats by the inbuilt feature given in the app itself. 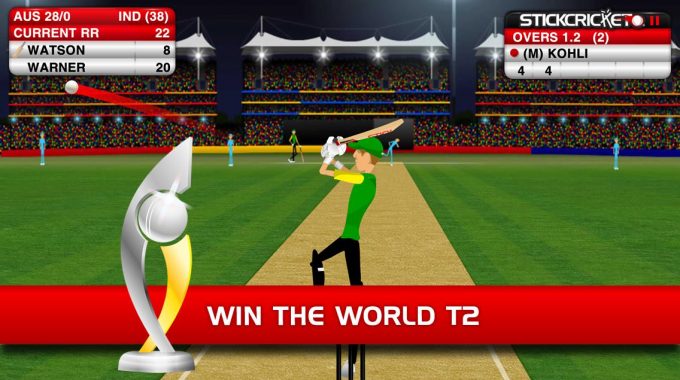 These are best cricket games for Android available in the Google play store and are free to download. You can have a lot of fun playing these beautiful cricket games. We hope this article helps you out to download android cricket game for your Android device. Do share your feedback and let us know which one you liked and enjoyed the most while playing. We will come back to you if we come up with some new and more exciting games to offer. Till then, keep hitting sixes.